Guitarist, singer, songwriter, producer and session-musician, Jack Pearson shared some unique perspective about his musical journey with a room full of Berklee alumni and others from the Nashville music community last Tuesday. The Nashville Berklee Jam, held monthly at the Fillin’ Station in Kingston Springs, saw some new faces and old friends on this special night, and Jack’s decades of experience as a world-class musician provided a rare peek behind the curtain for all those in attendance. 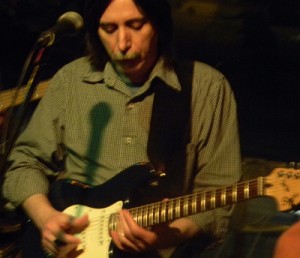 Jack’s musical career began in the mid 1970’s, when he played in multiple bands and logged his first recording session at age 16. In 1993 the Nashville native began his relationship with The Allman Brothers Band as a sub for Dickey Betts, eventually becoming a member of the ABB from 1997-1999 and also touring with Gregg Allman & Friends. Over the years he’s also worked with Vince Gill, Delbert McClinton, Jimmy Buffett, Earl Scruggs, Bobby “Blue” Bland, Amy Grant, Faith Hill, Gov’t Mule, Buddy DeFranco, and countless others.

Jack began his part of this night by playing some beautiful sketches of “I Can’t Get Started”, and for those who have never heard him play, his ability to transport an audience through time and space with nothing other than an unaccompanied electric guitar became quickly apparent. Following the spontaneous applause, Jack cut straight to some Q & A. One of the first questions asked was about his guitar, and I found it interesting that the deep, rich tone coming out of our backline Fender Deluxe originated from a Fender “Squire” Stratocaster, which he had recently bought for $100 at a pawn shop. Plugged into nothing other than a lone tube screamer, this drove home the point that great tone comes from within.

Learning from his oldest brother, Jack was exposed to rockabilly and blues as a teenager and explored the music of Chuck Berry, The Ventures, and Carl Perkins at a young age before eventually discovering jazz greats like, Wes Montgomery, Django Reinhardt, and Charlie Christian. Learning from friends, other musicians, and records, he slowly pieced together his musical vocabulary. He shared some thoughts on how to approach a II-V turnaround, demonstrating some different voicings and melodic approaches, underscoring the importance of putting song and melody above the technical understanding of modes and scales. 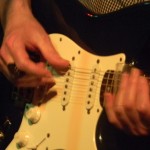 “It takes a lot of experimenting… a lot of guys come to me that get out of school and they say, “when I hear this chord I’m supposed to play this mode and scale”, and it locks them up. They can’t make any melodies because they’re told to play a mode or a scale.”

This simple, but prophetic thought resonated, and I had flashes to a time in my life when I over analyzed the music I played. Jack drove this point home with “…it comes down to the chord and the melody and where it’s going to…”

He went on to talk about the blending of styles and how he went through different periods of his life where he would be deeply immersed in a singular style for a few years – Delta blues, jazz, etc., and that after a while, all these different styles started coming together. Not afraid to take some chances musically, he demonstrated how he might go from a Howlin’ Wolf lick to a Charlie Parker lick within the same phrase, and that while some players will say this is wrong, he believes that “the main thing is to get the music out, and play with feeling.”

In response to a question about some of his best and worst gigs, Jack said that some of the worst gigs are when people don’t listen, and the music that you play with somebody is more important than the venue, or how famous somebody is.

He candidly shared how this landmark gig damaged his hearing, causing an already existing case of Tinnitus to worsen, ultimately forcing him to leave the gig, perhaps sooner than he otherwise would have. 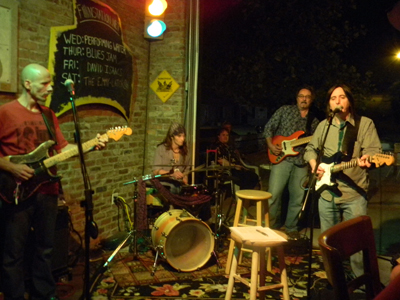 As a fellow tinnitus sufferer I completely related to this portion of his talk and gained some new perspective as he explained that, despite wearing earplugs, extreme SPL’s (sound pressure levels) can still do damage, as the sound can affect your inner ear by entering your nose, mouth, and through your bones.

In response to a question about life lessons learned through music he answered, “Try not to take music for granted, it’s so special, and you can reach so many people…lyrics can encourage you, relate to your pain, but you can also do it with notes.” He demonstrated this by showing how the same group of notes can sound happy, or sad depending on where the emphasis is placed. He talked about the endless possibilities of how you can play even a single note, demonstrating this concept by playing a huge range of variances on a high “G” note.

After Jack’s talk concluded he played a short set with our Alumni House Band, the air becoming filled with the sounds of spontaneous applause after each inspired performance. Jack left shortly after his set, and the other alums in attendance continued jamming into the night. I, and everyone else in attendance would like to extend our appreciation and gratitude to Jack for sharing his music and journey on this special night!

Our next Nashville Berklee Jam will feature country music artist and hit-songwriter, Rhett Akins on Tuesday, September 11 at The Fillin’ Station. For more info, go to www.nashvilleberkleejam.com. 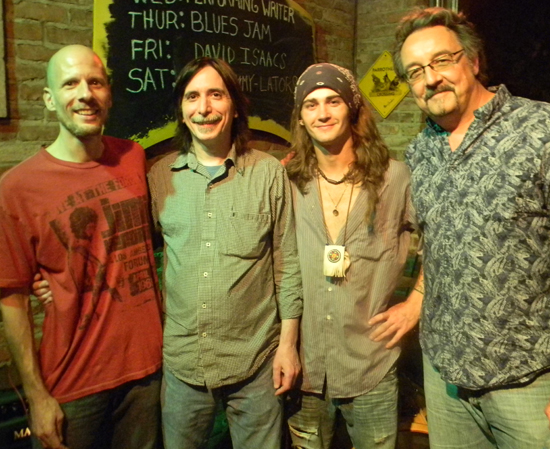